A Busy month with the Worldcup on Iplayer Proxy

Well it has been a little while since I have written here, partly because I have been busy with a recent change in job and I managed to forget my password to be able to update the blog, not something I should admit to though 😉 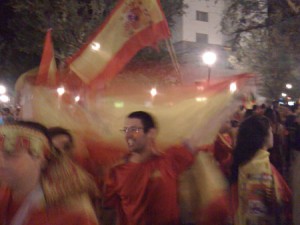 Still it has had been a busy month, but I did expect a higher demand for the proxy with the up coming World Cup in South Africa. As a result I was looking at setting up a VPN in case we were not able to watch the live matches via the Proxy.

In the end the stress of trying to get a VPN ready was not necessarily, as fortunately all games played superbly via the proxy, apart from the opening ceremony, which happened to be nothing to do with the proxy, but demand on the ITV Player or the BBC Player, which one I cannot remember now!

Watching the football on both sites you certainly noticed the quality on the BBC was a lot better than ITV, but fortunately most watchable.

Still the process proved worth while as to test a VPN,  I needed to purchase another server, which meant that during the world cup the proxy’s shouldn’t suffer, which proved to be the case.

So last week the world cup finished, with Spain winning and being an Expat and married to a Spaniard, I certainly felt part of all the emotional feelings you get when your team wins, lucky really as England managed to disappoint.

So I am now back to normality and watching Emmerdale and a superb documentary from the BBC on Rolls Royce Engines, which certainly made me feel safer when flying!

Well I am pleased to say I was able to watch the game without interruption, only to see Arsenal squander the game by conceding two incredible soft goals, lucky I am not an Arsenal fan!

Still Wednesday I will be off to the pub on Wednesday to watch my troubled Crystal Palace try to stay in the FA Cup a tall order for the replay but none the less I am sure it will be a valiant effort.