Watching Premiership football on the xbmc 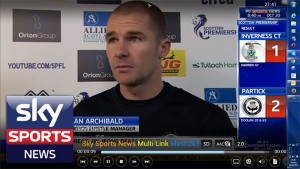 Anyway just wanted to add to the previous blog post on watching the premiership games on your xbmc TV set top box. This is mainly because that is virtually all I did this weekend, not that I obsessive about football, well when you support Crystal Palace there is not that many exciting games apart from going up or staving off relegation (this year)

So this week I was able to watch the England game from my sofa, how enjoyable beer and nuts and we win, what more would one want. That was the easy part as it was playing via the ITV player and fortunately ITV have over the last few months improved the quality of their streaming which meant you could tell who was who!

So with this recent success I thought I would spend the weekend seeing how easy it is to watch some of the live premiership games. So first thing Saturday morning I was trying to watch every live game, with varied success and as a result produced a small video of my experience below.

What I learnt was that every game was available this weekend whether it was on BT Sport or SKY or even Setanta sports. Some streams were better than others but if you work at it you should find something with a decent stream. If not it is worth waiting for the following day when you can watch the recorded game where you can build a buffer if needed and watch in HD generally via the Football Replays addons on you xbmc

In regards to live I think it is easier to get the best stream if you after one game, then search via navi-x when the game is about to start. Otherwise and this may be worth testing as I did not get a very good stream, but try the sport channel on Mashup TV.

Although this may not be as good as being at hope in the UK at least I can finally watch a game without having to go to my local expat bar.