The site may only be running for a couple of weeks now, but I have to say I am surprised how it has been picked up from the 4 corners of the world.

I suppose the the best is from Haiti from one of the aid workers over there, it certainly makes me feel I am helping in someway. Which in truth has been how Iplayer4u was first envisaged, it is such a shame the BBC and ITV have to limit access to their Iplayers, but I can understand. On that point if you follow this link you will be able to give donations to help those in Haiti 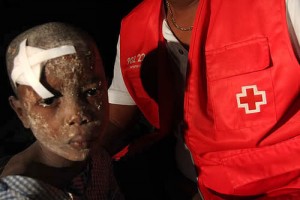 The reason the UK broadcasters have to stop access from outside the UK is because they are technically not aloud to broadcast outside of the UK, which is fair enouph and infact Sky are not supposed to either, but it has not stopped the thousands of Expats over here having their own dish!

What I cannot understand is why a Spanish broadcaster has not bought the rights to broadcast all the Freeview channels or at least the main UK broadcasters, I for one would buy the package from Auna if it was available. I think they would be surprised how many would be interested, not only from Expats but also the young Spaniards who are trying to learn English.

Still I am sure things will change one way or the other that is for sure, particulary as a new EU directive says that there should be no restriction “Television without frontiers”, but of course the broadcasters have to be careful so as not to upset Hollywood.

So till then I am happy that am able to help in someway people like me who want to watch some UK tele.