Chocolate for the Proxy

Yes a rather crazy post I must admit, but is a result of the my email when I ask for support. Fortunately not everyone pays me in chocolate, otherwise my running would go downhill and I could not afford to pay for the server to run the proxy. 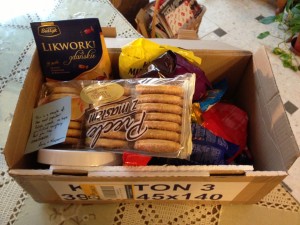 would you believe I had another box from Austria.

On top of this I often get emails of thanks, but I thought this one was rather special even though there was no chocolate in it 😉 so I thought i would post here.:

Well it seems about time someone else posted a comment!

I’ve been living in Spain for 10 years and TV has always been an issue.  I am not a telly addict,  but do like access to domestic UK news and current affairs programs.  I am fluent in Spanish so that’s not a problem but Spanish TV is terribly boring – well it is to me – and when watching my mind goes numb.

I am lucky always to  have had the space to install a big (120cms) satellite dish and the know-how to set it up.  This has not been a perfect solution as I manage to keep too busy to sit down on the sofa and moronically watch the box.  I have always done my moronic watching in bed – and my last two bedrooms have been too small to install a TV big enough to see at a distance of 3m.

Thus I started to look at VPNs.  If you Google the subject you will find a wealth of information and literally hundreds of people offering a service both free and for a price.  The price seems to vary between €3 and €13 per month and the free ones are, shall we say, free!

There aint no free  lunch these days and free may be relative.  Free means you get to watch some unwanted publicity material – Free means you will get more spam in your email – Free means your security may be at risk from malware – Free may mean it works with limited bandwidth or sometimes doesn’t  work at all.

Before I realised Free wasn’t  really Free I out tried several Free and Free-to-Try VPNs.  Some didn’t work at all, some were rubbish, some imposed restrictions until you upgraded, some were free-to-try but didn’t say so until you had downloaded, most wanted to install a taskbar and one did so without permission (and it was hell to get rid of and kept reinstalling itself).

One of the free ones has worked well for a year – it is installed as an application and connects when I click its icon.  It is still on my Windows desktop and I still use it occasionally.  I am not going to say what it is because a lot of expats have commented it is no good!  (I am beginning to suspect this program is causing the computer to freeze periodically and think I should uninstall it).

Then one day I stumbled on Stephen’s blog.  I contacted Steven and he set me up almost instantly.  Nothing was installed on my system (so far as I know) but I did install at Stephen’s tentative suggestion an app called Foxy Proxy but never activated it (I don’t like making a payment on the trust it wont be charged if I cancel if I cancel within 3 days)!  As I never really want to watch live TV on a PC I have not used Stephen’s VPN that way except to try it.  It worked fine.

However, Stephen has changed my life!  I have always dreamt of having a mini personal TV.  Something to watch in bed in the wee hours and if need be without disturbing my bedmate.   The bedmate gave me a iPad Mini for Christmas and iTunes gave me apps for BBC/ITV/Channel 4 and Stephen gave me the ability to see these when outside UK.

It is brilliant!  The definition of an iPad screen on your chest is the same as you would perceive with a 6ft screen on the wall … in my case is better as I am a one eyed man!

I have the idea that many of the commercial sellers of VPN services may be just as bad as the free ones when it comes to earning a few extra bucks from devious practices.  I don’t know Stephen personally but from my electronic contacts with him (across the Sierra Nevada from where I live) I already consider him a friend and I am sure he is not in the VPN business with ultra commercial ambitions – his business is selling running gear at  http://www.naked-runner.com/.

Not being a runner I cant endorse his running stuff but I certainly do endorse his VPN and proxy.  If TV is your thing I suggest you give it a try! 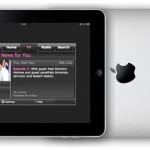 How to watch BBC iPlayer abroad on the ipad

Having been running the proxy server for a number of years, for some time I struggled to get the proxy to work for the ipad or the iphone, until recently. 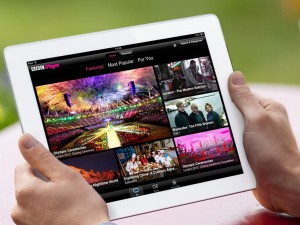 BBC Iplayer on the Ipad

In the end I found that I needed to offer a VPN, which is slightly different to the Proxy, but works perfectly and what is more important very easy to set up.

If you already have a VPN then the settings below should work, but if you need to test out then by all means complete the sign up form and just add VPN in the comments section and I will email you the login details.

All in all the feedback on the VPN and the proxy of course has been excellent, but you need to be aware the quality will be effected by the speed of your local connection.

And that is it, also you do need to download the BBC app from the UK itunes store

This makes it all worth while.

I have not written too much here recently although there are changes at the moment with the BBC, which may or may not have an impact on the proxy. Still we will find out in the next week or so, when they launch their international version. From others I have seen it will not appeal to expats due to the content being different and I suspect there will be no live coverage of the likes of the F1!

So on another note one of my users has now returned home to the UK from New Zealand and sent me an email, which I thought I would paste here. It isn’t something I normally do, even though I have had a few it is more down to time!

Still I thought it would be nice to add as a representative of many of my users, whom I see more as friends than user and makes it all worth while.

I hope you’re well. I just wanted to drop you a line to say a massive thank you for the use of your proxy over the last year or so. It made living in New Zealand feel that little bit closer to home and always worked charm.

Unfortunately my time in NZ has come to an end and I’ve returned to London, so the need for the proxy is no more.

Thanks again for the great service and who knows, perhaps I’ll be in touch again one day if I end up returning overseas!

It has been a while since I updated this blog, mainly due to the fact I am doing this in my spare time, which I have very little of these days. Not surprising when you have a family with two daughters and a wife to keep happy. On top of this I work from home, so they seem to think I do nothing all day and therefore they give me various chores, to keep me busy lol

I digress just a little but I wanted to mention a couple of updates before I get a mass email out, which I have been intending to do since Christmas!

Firstly for those wanting to use the SKY player with the proxy I certainly recommend it, although you will need to buy a subscription package it is worth it for the quality of the stream. I have tested this some time back and have maintained the subscription, to watch the football and their news coverage, which I have to admit has been excellent at times.

The football is preforms well on their iplayer and is a good test of the stream, because with the moving players you can still tell who they are and there is no need to go to the local expat bar.

In regards to ITV I have found recently their quality has improved and games are now watchable, but more importantly there is no need to set the proxy in the operating system to watch ITV live, which makes life so much easier.

PS more importantly with the SKY player you only need the proxy to login! (NB to watch the news now you need to keep the proxy switched on)